Search in articles and events

In the recent years, there has been a surge of interest in urban topics in Ukraine. In the search for the solution of the problems of urban development, an urbanist circle emerged, which includes urban initiatives and organizations from different cities who work with similar problems and solutions, conditions and limitations, challenges and risks.

A study of the network of urban initiatives in Ukraine, which has been conducted by the CEDOS Think Tank, has revealed, on the one hand, the seeds and prerequisites for the formation of a strong urban movement in Ukraine, and, on the other hand, the weaknesses of the network, its communication gaps and potential threats.

In order to realize the existing potential and overcome the threats, on December 16-18, 2016, CEDOS Think Tank with the support of the Heinrich Böll Foundation’s Office in Ukraine and the Charles Stewart Mott Foundation held the first Forum of Urban Initiatives in Kyiv, aimed to develop a strategy for the Ukrainian urban movement. The forum was attended by members of grassroots urban initiatives and organizations from different regions of Ukraine, with a whole range of agendas and varying intensity of activities, influentiality and significance. The Forum was organized by the .

As a result of three days of the Forum, the participants created and signed the Charter of Ukrainian Urban Movement as the platform for cooperation in the network of Ukrainian urban initiatives.

If you would like to join the Urban movement and its Charter, please fill in the online form.

The Charter of Ukrainian Urban Movement 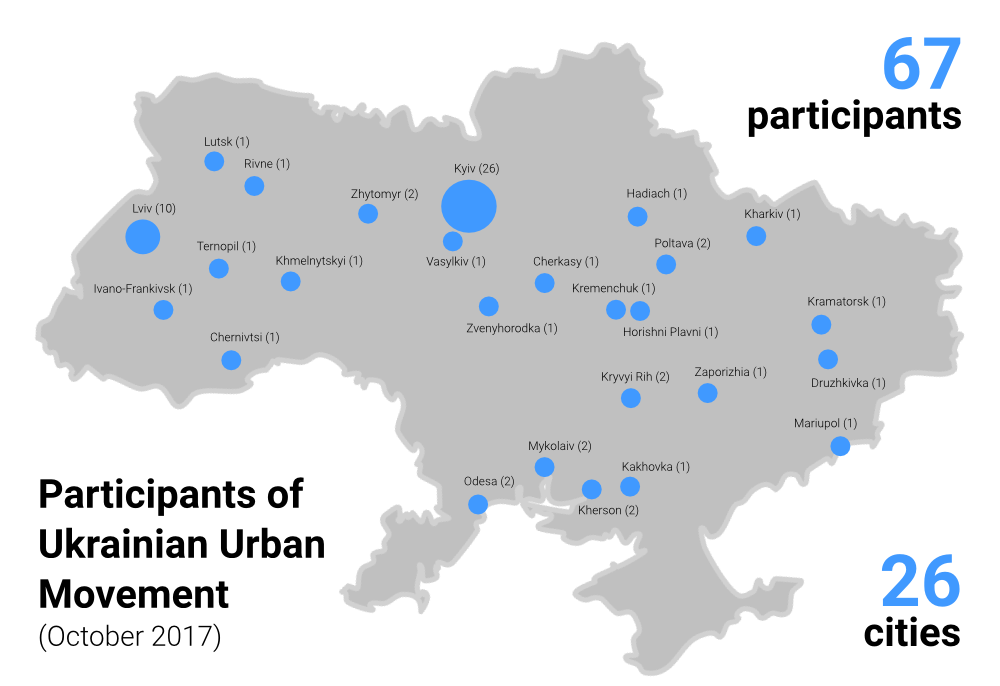